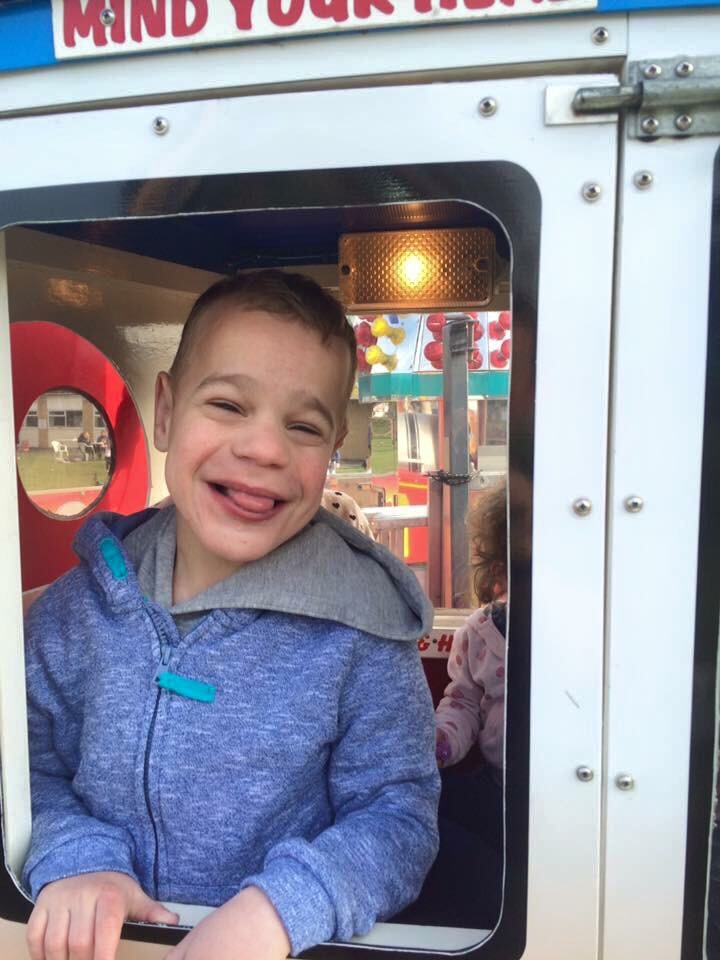 Tuesday 1st August 2017, Lennon, Isla and Florence spent their first day at CHIPS summer playscheme. The girls there were amazing and happy to have Lennon there after his newly formed ileostomy.
He had a lovely day, playing with his sisters, walking around in his walking frame and playing at the sink and in the sensory room.
He came home and watched his favourite yo gabba gabba on the television whilst holding my hand and slapping my arm. 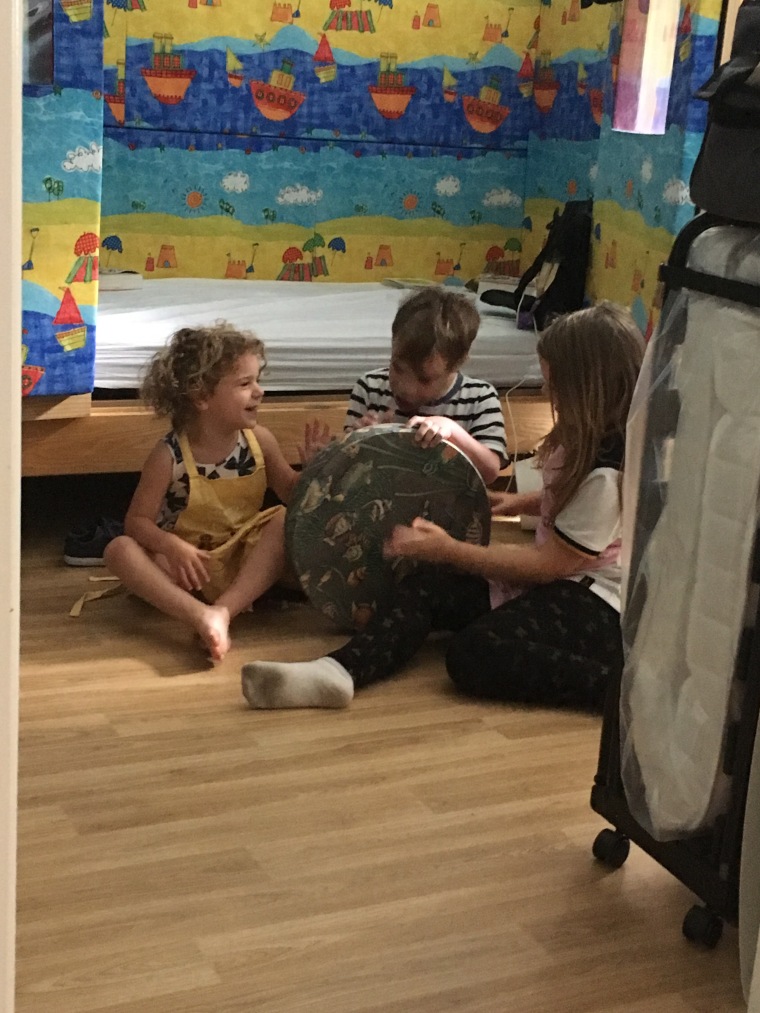 In the evening, Sian our continuing care nurse arrived. We bathed Lennon, did a full bag and dressings change. Lennon loved his baths – he often crawled or lead us to the bath. He was also known to climb into the bath when it was empty and lie in it! He loved to just stand at the taps and put his hands and face under the running water.
Lennon always was a true water baby. 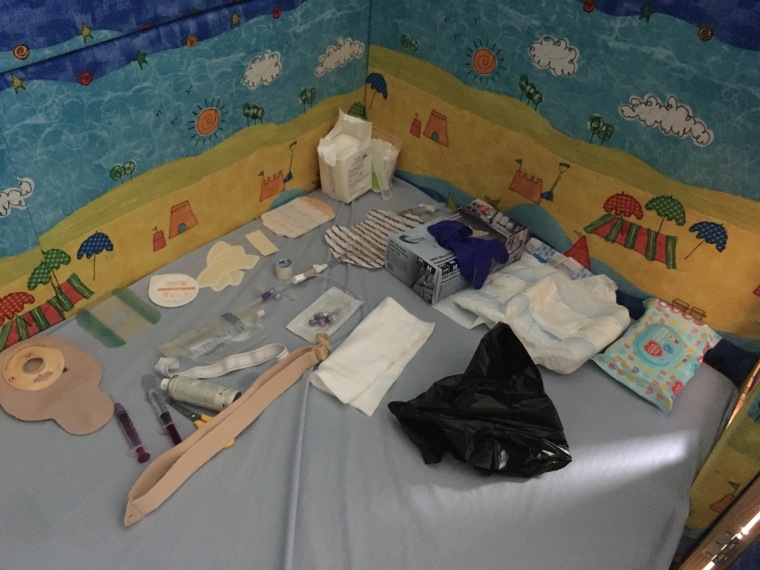 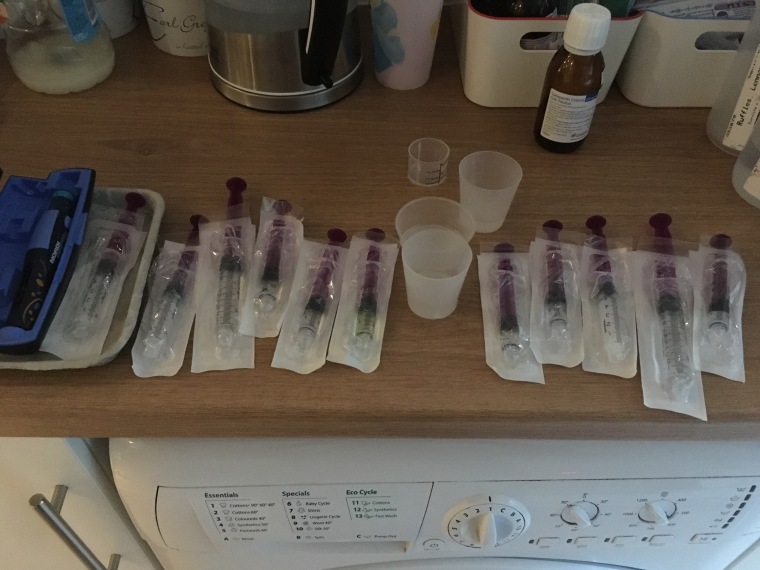 The Reverend came to talk to Ian and I about our wedding, and Lennon played on his floor mat happily with his ocean drum and Argos catalogue until bedtime at 8.30pm.
Isla and I got into bed with him and he was so happy. Massive smiles and real belly laughing. It was so lovely, and in hindsight we realised he was saying goodbye to Isla – the sister he was totalled besotted with.

At 9pm we went into Lennon’s bed and he had disconnected his milk from his jejunostomy tube. This wasn’t an unusual occurance. We had to wash and change him and change his bed sheets which inevitably woke him up. Lennon hated being woken up (just like his mummy!)
At 10.15pm we checked on Lennon, he was not happy and we thought he was still grumpy from being woken up. After 20 minutes he began seizing. We gave him rescue meds, which had no effect so we rang for an ambulance. We were blue lighted into Lister resus with a full crash team waiting for us. 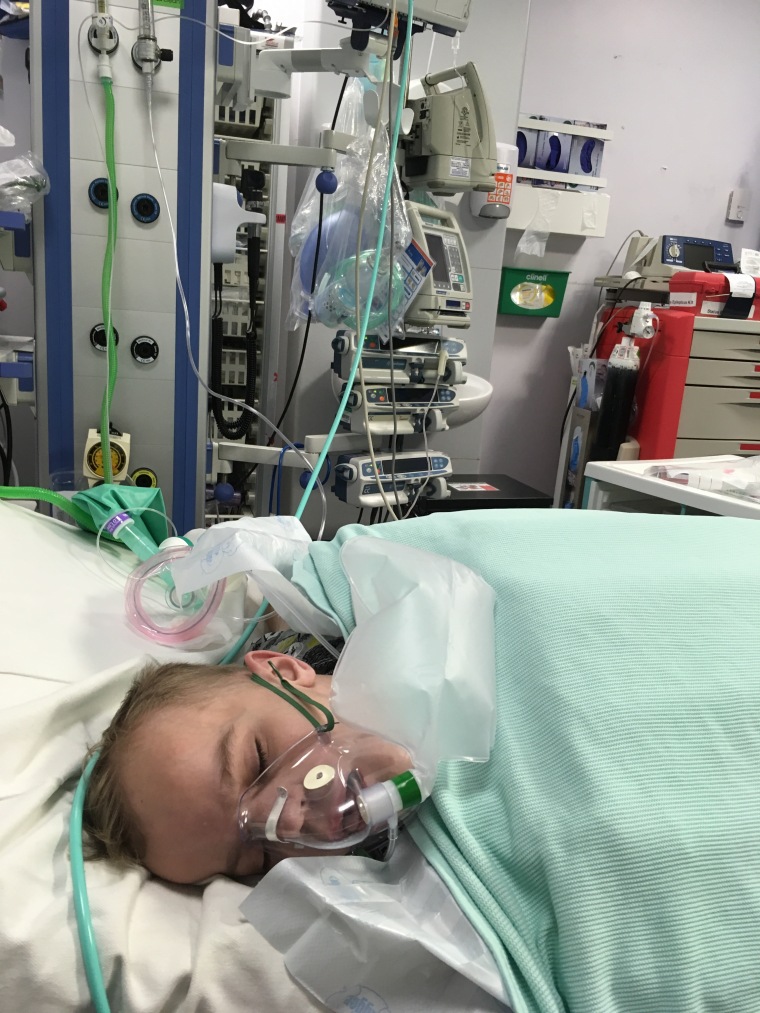 They managed to stop the seizures with some IV Lorazepam but Lennon remained unconscious.
He quickly deteriorated overnight until 9am Wednesday morning when our amazing team at Lister made the decision to crash call and put Lennon on full life support. CATS arrived and quickly intubated Lennon. Not long after being intubated, his heart stopped beating and the doctors performed CPR for 2 minutes. Lennon stopped breathing many times in the early years. More times than I can remember. But his heart had never stopped beating before then. 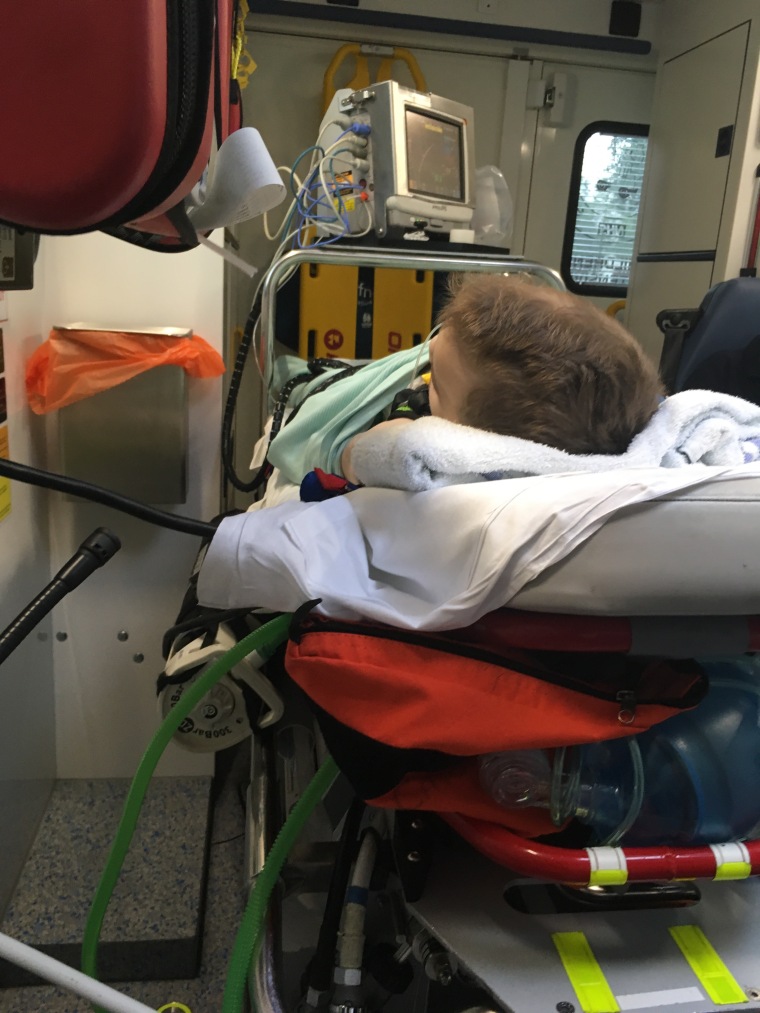 We left Lister and made our way to PICU Addenbrookes on full life support and maxed out on blood pressure meds. His kidney had completed failed and they suspected that Lennon had a mechanical bowel obstruction.

We arrived at Addenbrookes and as soon as Lennon was stable and they had switched over all the machines they took him down to CT. The scan showed his bowel was twisted and compromised but they couldn’t tell how much had died. We all made the decision for him to go to theatre, despite not knowing if he would survive surgery as he was on maximum support with nowhere to go – we had to give him that one last chance.
They opened him up and took his bowel and stomach out. The surgeons said there was way too much bowel that had died and they were surprised that he was still alive and fighting after what they saw. They stitched him up and kept him alive whilst Ian and I tried to prepare to say goodbye to our precious boy.

We desperately wanted to get Lennon to our Children’s Hospice, Keech. The girls at Keech, absolutely adore Lennon and I always hoped that the end would be there or at home and not in intensive care. The doctors kept telling us that he wasn’t stable enough to travel and we would risk losing him on the journey. A risk neither of us was willing to take. 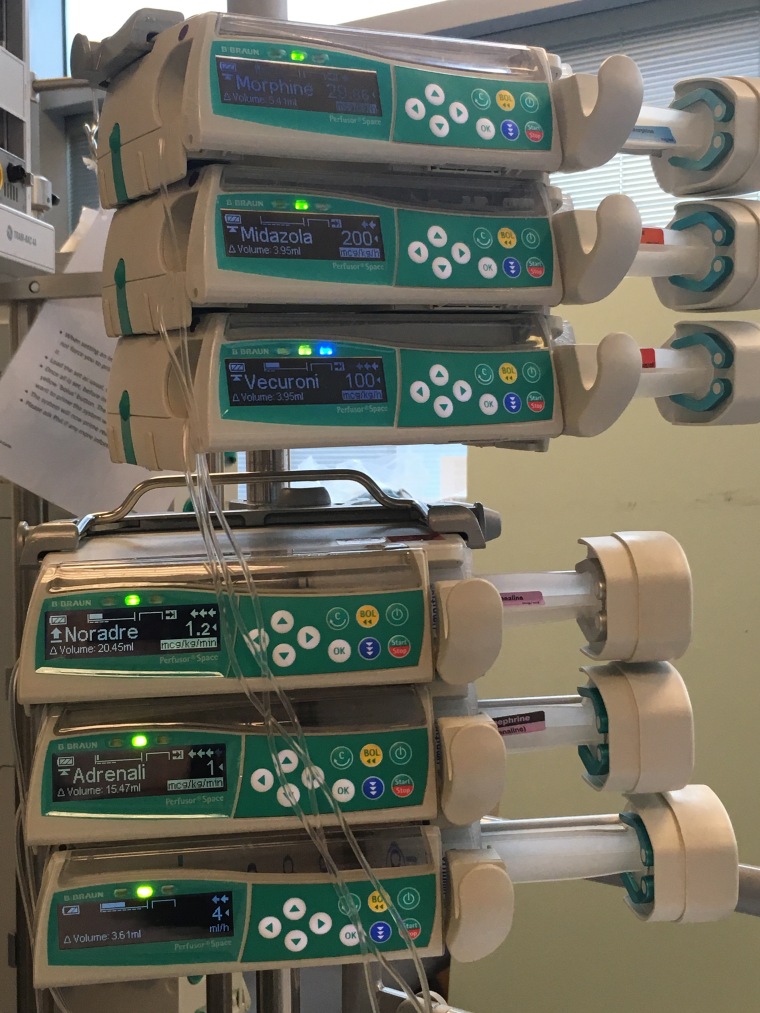 At 2.30am on Thursday morning the blood pressure meds weren’t enough and they were pumping him with more and fluid just to keep him alive. So at 3am we made the decision not to prolong the inevitable any longer. Lennon had gone, I think he left us before we left Lister. The intensive care consultant who has been with us the whole time since we arrived (even scrubbing up and going into theatre with Lennon) took the breathing tube out and Lennon passed away instantly. Peaceful and dignified.

We got to spend the next 3 hours saying our goodbyes. It wasn’t long enough. But all the time in the world wouldn’t of been enough. I lay on the bed next to him placed his arms around me and held him tight. All the time trying to put my warmth back into his little body. 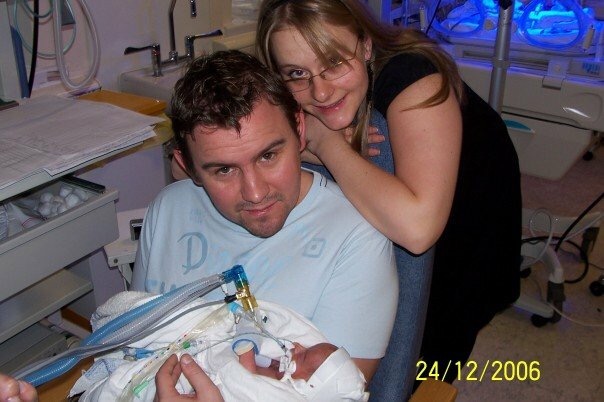 We were in a side room and the whole experience was very peaceful and calm.
We had 2 nurses with us. 1 who had looked after Lennon when he was a baby on Bluebell Ward, Lister. And the other who had done a nursing placement at Lennon’s school. It was fate and we will be eternally grateful that he had people who knew his journey caring for him in his last hours. They took out all his lines, cut locks of his hair and made hand and foot prints.

He was moved to his beloved Keech Hospice that afternoon. And will hopefully remain there until his funeral. 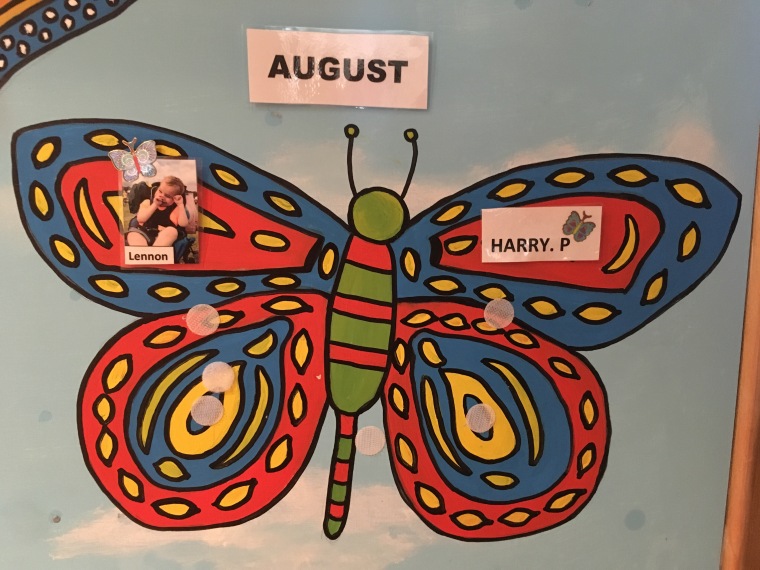 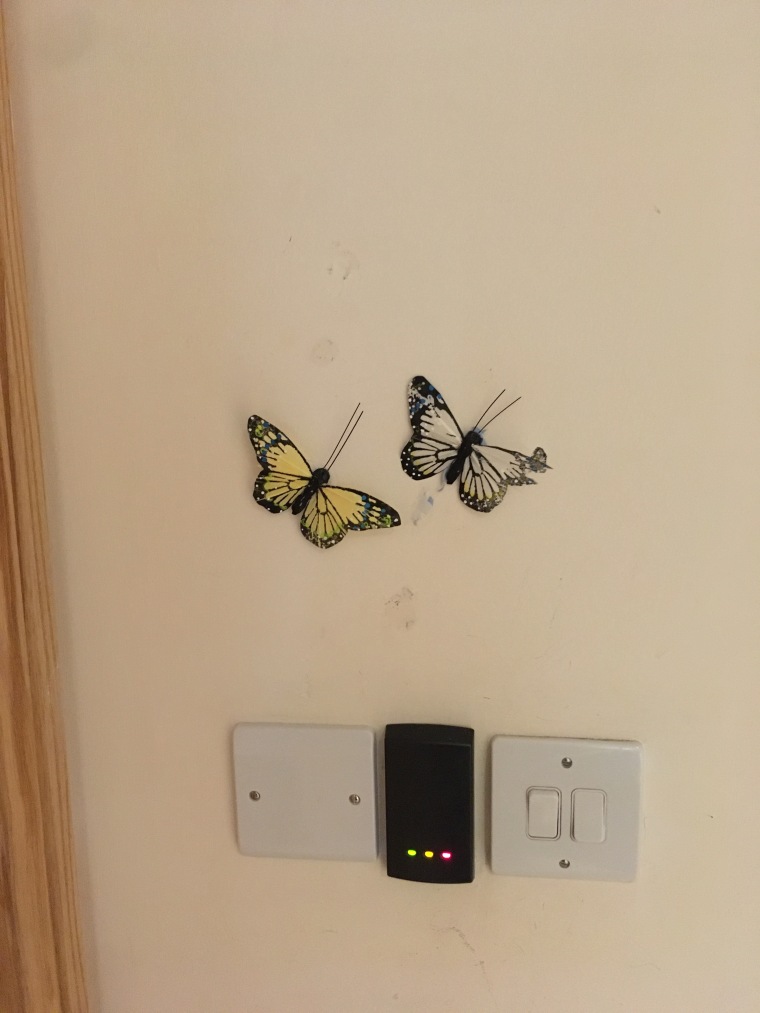 The girls there are going down to the Meadow suite all the time and taking really good care of him. Spending time with him and talking to him. They dressed him in his page boy outfit – he looked so smart and my heart shattered again knowing that he will no longer walk me down the aisle when we get married.

We are lucky that Lennon spent time at Keech over the last 8 years and had built up relationships with everyone there and 2 of our continuing care nurses who looked after Lennon at home now work there.
It feels so comforting to be there, close to Lennon – like a great big hug. The Keech girls are also taking care of us, making sure we eat and drink, helping us with funeral plans and making sure we are as involved as we want to be. 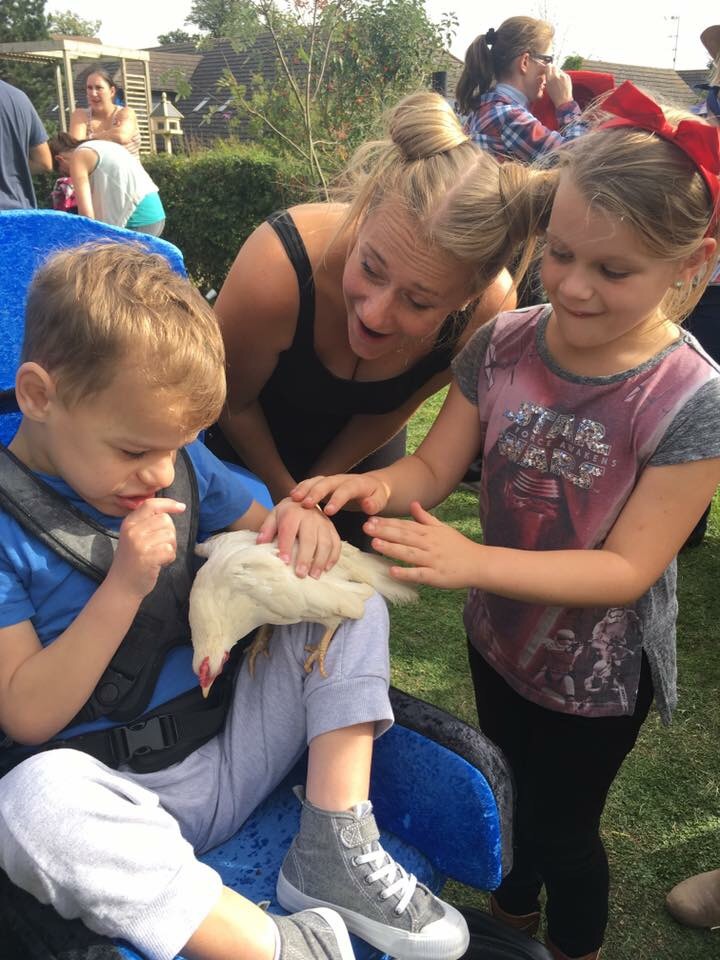 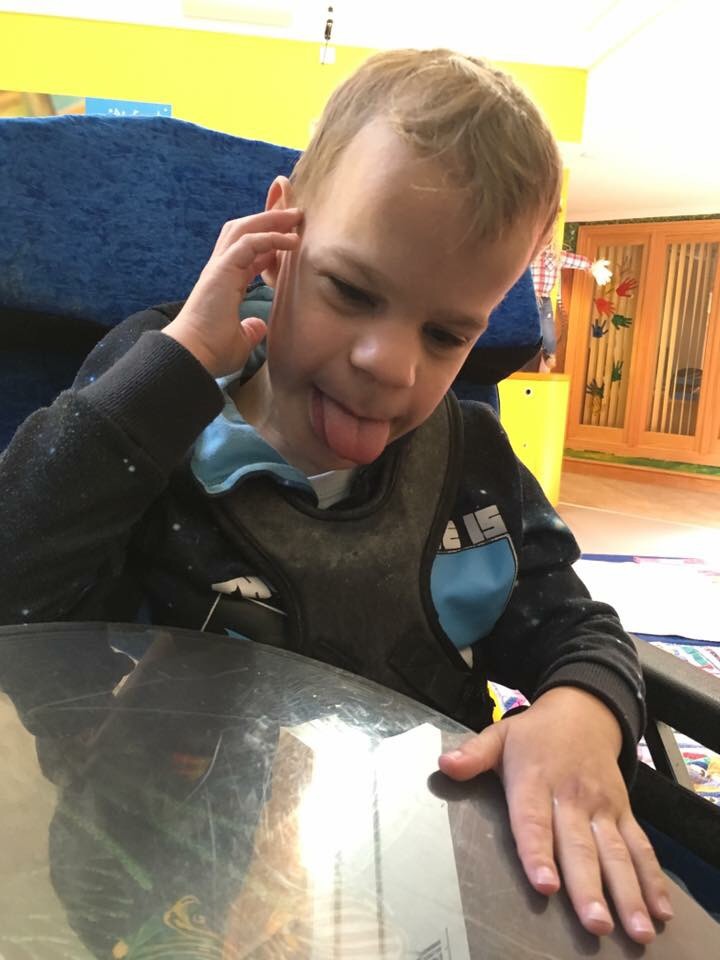 Words cannot begin to describe the pain we are feeling, it hurts to breathe. Every morning I wake up for the first second, I forget that Lennon isn’t here anymore and then it hits me like a bus. It feels like I’m loosing him all over again.
The thought of spending the rest of ours lives without Lennon seems unbelievable. He was such a huge part of our family and for the last 10 and half years my whole life has revolved around Lennon. I gave up everything for my little soldier – my career, going out with friends, money, holidays. And I don’t regret that at all. I would live the last 10 years over and over again if I could. 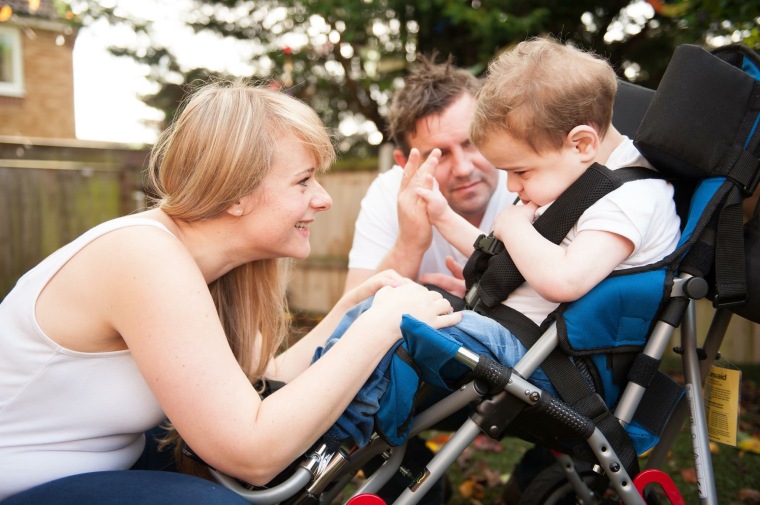 We are so incredibly proud of our little soldier. The odds were always stacked so highly against him right from the minute he was born, yet with every single step of his journey he fought so hard to stay alive. Some times were more difficult for him, but he always bounced back. He was like a cat with 9 lives!

We will treasure every single second of the last 10 and half years and all the amazing memories we were able to make with Lennon in our lives. 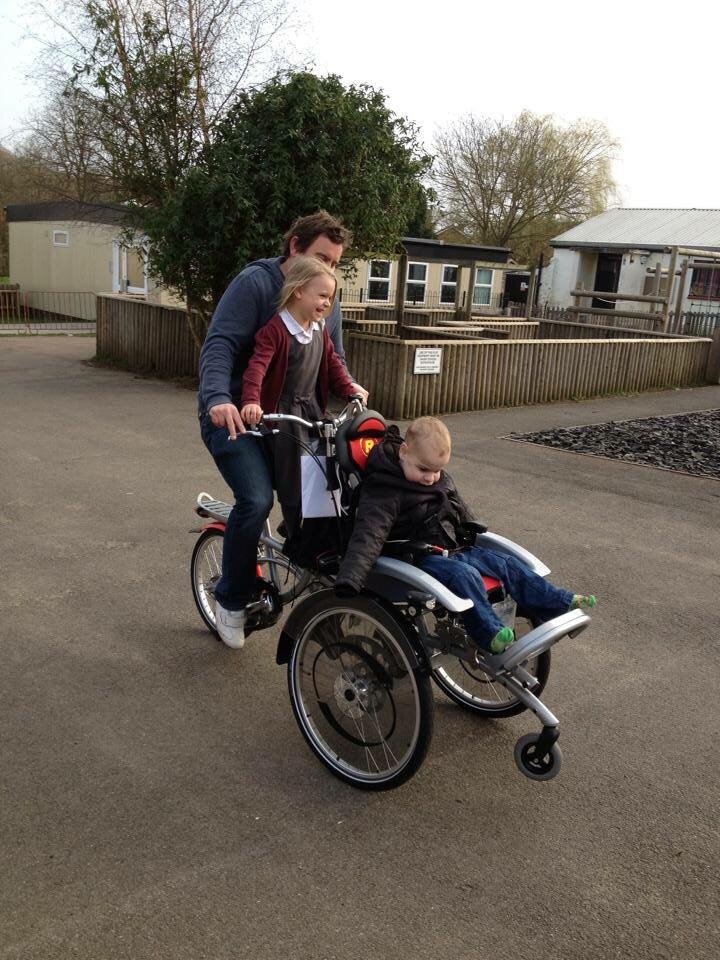 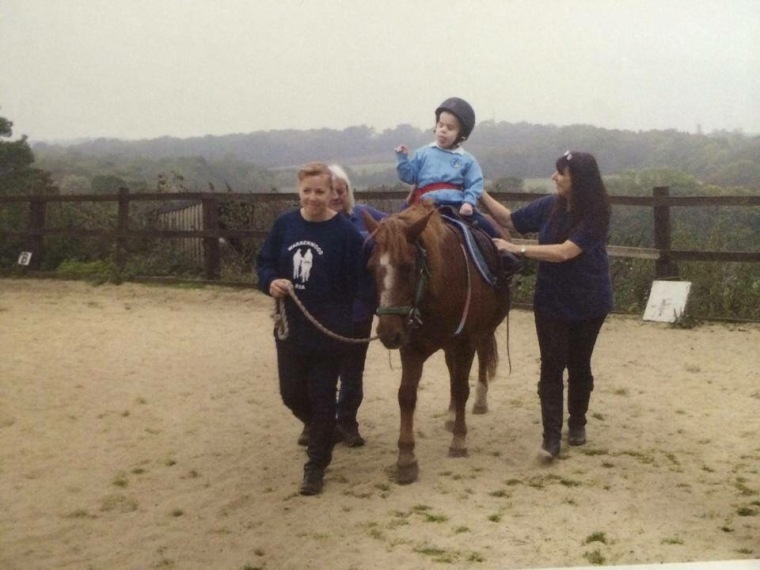 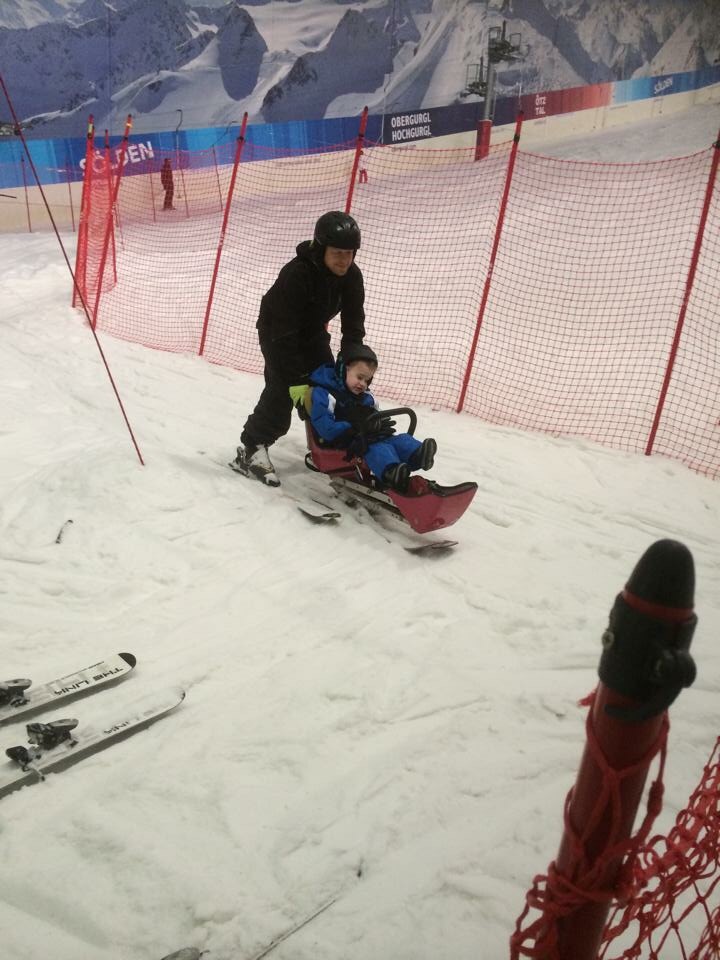 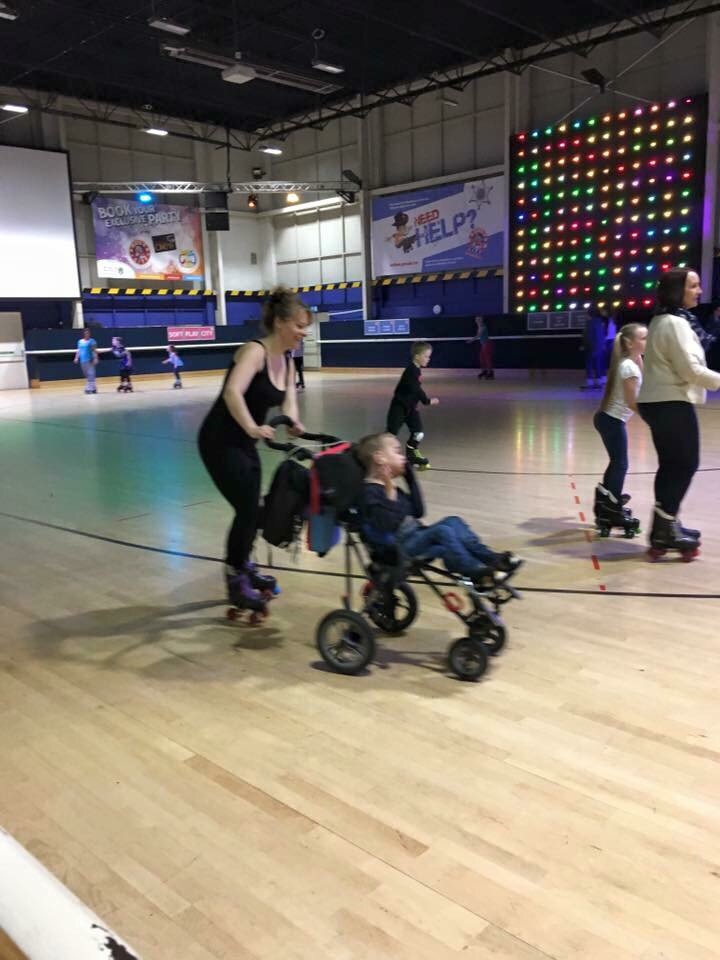 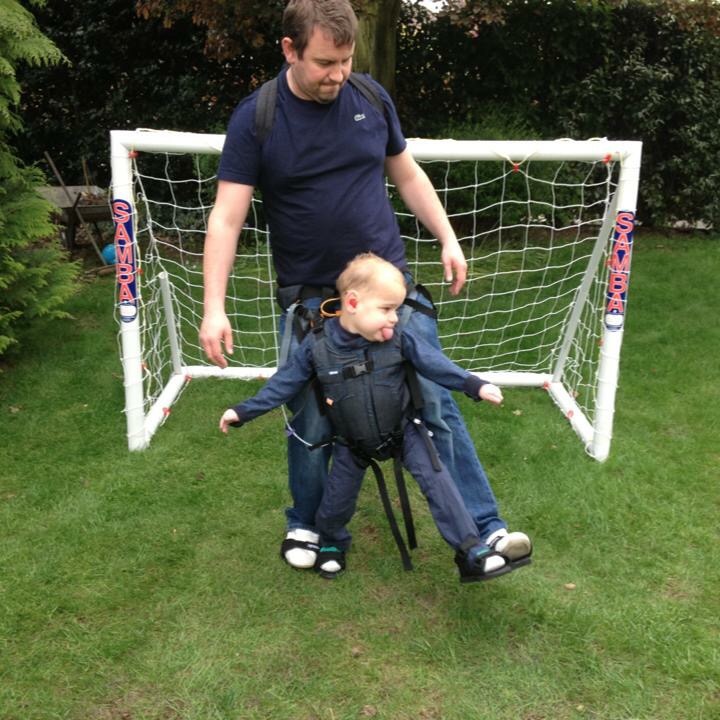 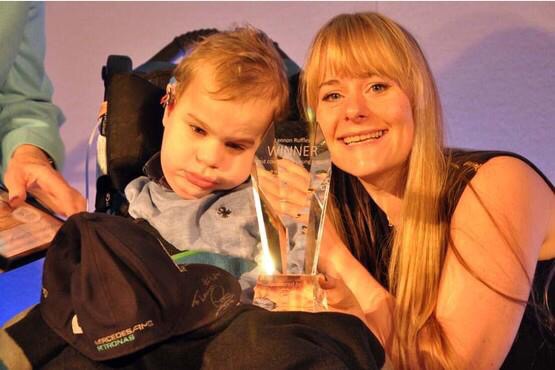 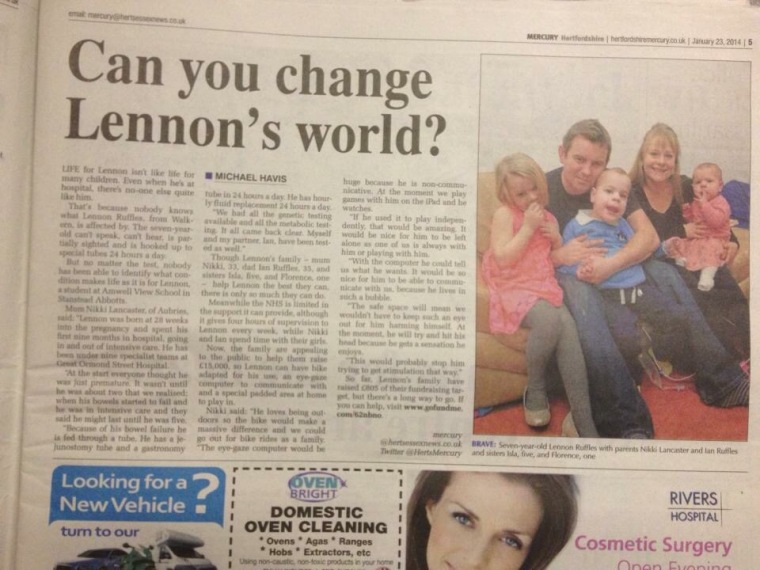 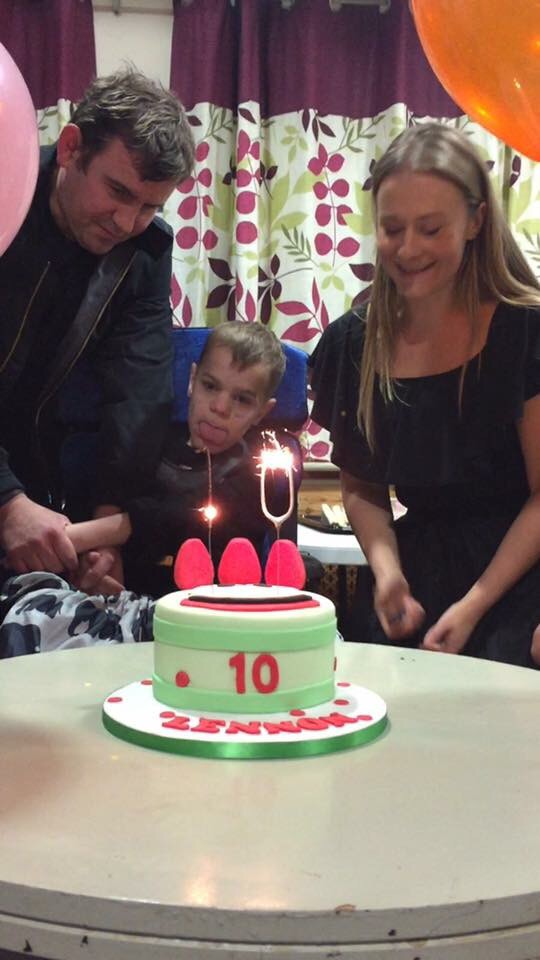 Life will never be the same, the light in our life has gone out.

“If there’s ever a tomorrow when we’re not together.. there is something you must always remember. You are braver than you believe, stronger than you seem, and smarter than you think. But the most important thing is, even if we are apart.. I’ll always be with you.”
Winnie the Pooh. 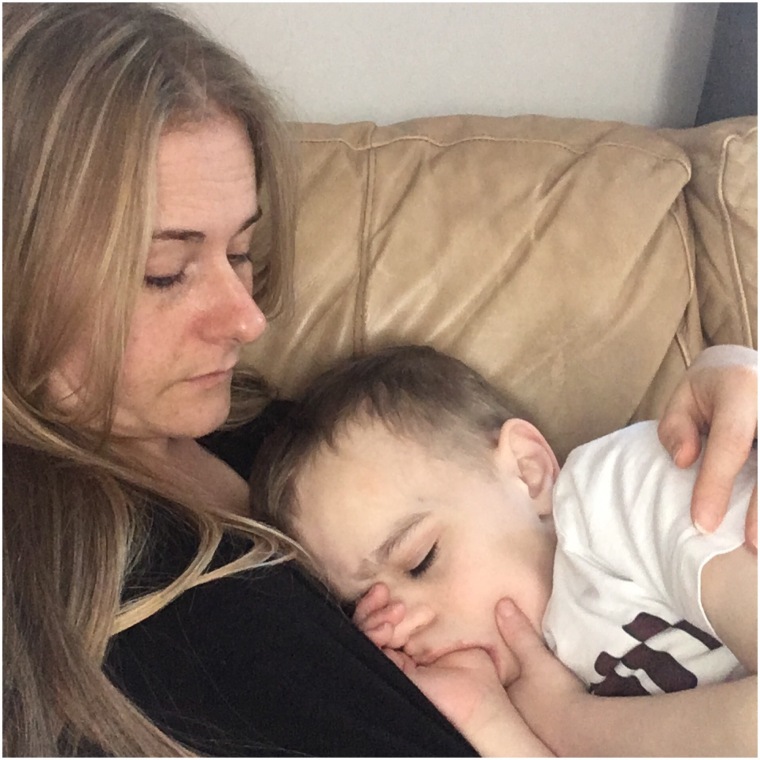 Previous blog post – For my son, and his friends